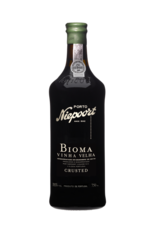 This Bioma Crusted Port (Bottled 2014) is a further step up (if that’s even possible!) from the Niepoort Crusted Port. Traditionally, Crusted Port is selected from wines of Vintage quality, from two or three harvests, undergoes no fining or filtration, and is released three years after bottling. The origins of the Bioma Crusted (Bottled 2014) place this Port in a different league – the grapes stem from the exceptional Vinha da Pisca vineyard, most of whose vines exceed the age of 80, and which, in a Vintage year, provides the backbone of Niepoort Vintage Ports.

As the name suggests, Crusted Port will throw a natural deposit in the bottle with time, therefore it is important to decant it before serving. The Niepoort Bioma Crusted Port (Bottled 2014) is most appealing in its youth, but will also benefit from several years of bottle ageing, during which it should be stored lying down. 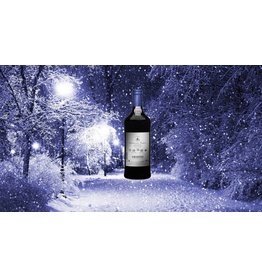 Blend of 2 or 3 vintage(!) ports.
Add to cart
Niepoort Port Crusted Port
€28,75
Please accept cookies to help us improve this website Is this OK? Yes No More on cookies »